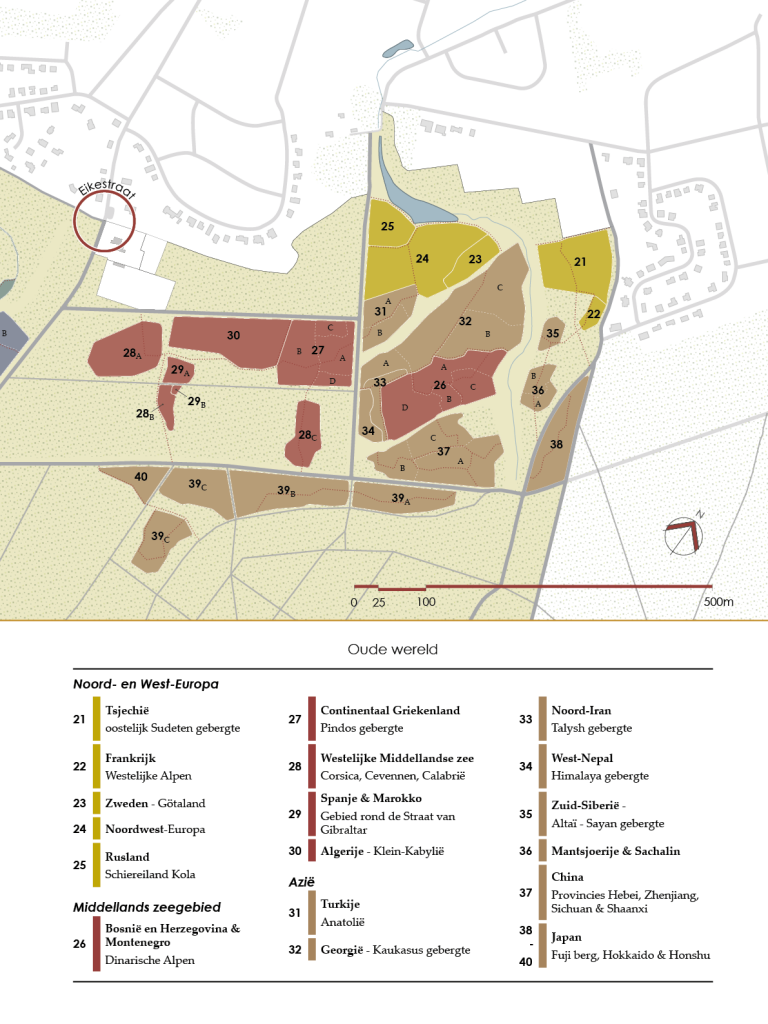 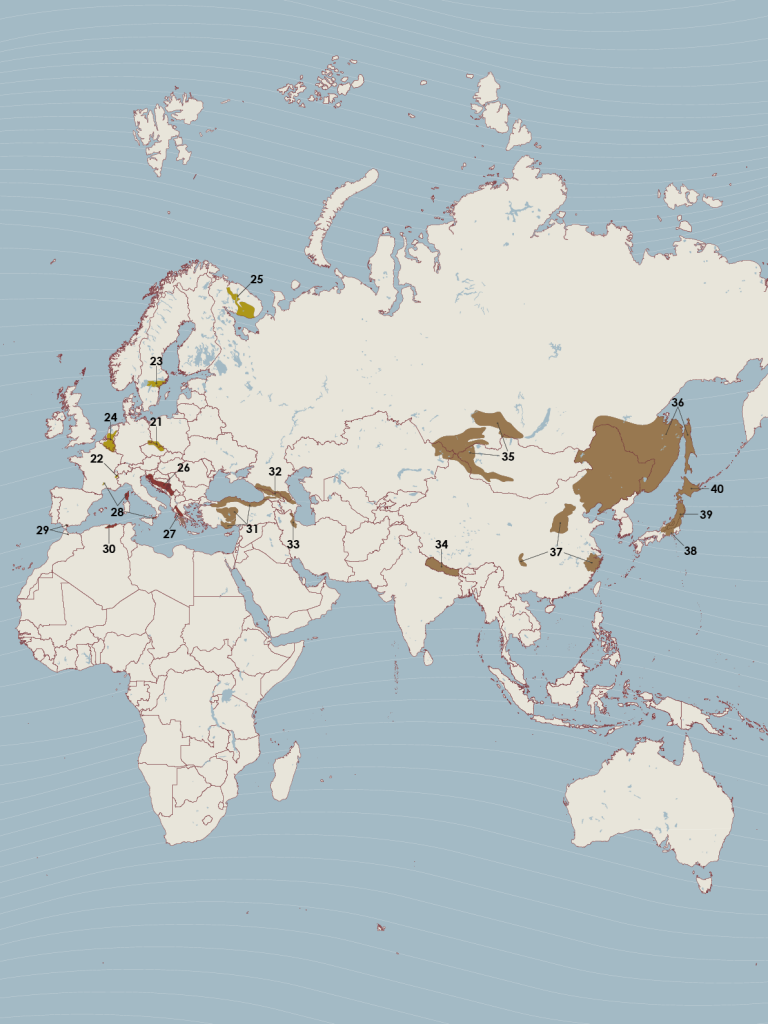 The Old World section of the arboretum is not organized in such a straightforward manner as the New World section, and in some places is less clearly separated from the surrounding oak forest. In the south of Europe, a variety of tree species grow on the southern and northern slopes of the Alps, Carpathians and Pyrenees, many of which can be found here in the arboretum, but the range of species from East Asia in the collection is far richer. These arboretum groups are of much interest, although efforts are underway to expand them even further to more accurately represent the botanical wealth of the Far East.

Groups 21 and 22 represent Central Europe and the Alpine region; Groups 23 and 24 Northern and Western Europe; Groups 26 to 30 the Balkans and the Mediterranean. Journeying across the Middle East, represented by Groups 31 to 33, we move eastwards into mountainous areas of Central Asia in Groups 34 and 35. Groups 36 to 40 reflect forest regions in the Far East, primarily in China, which was poorly known at the time of the arboretum’s creation, and further onto Japan.