Layout of the arboretum

The geographical arboretum consists of two large sections, named the ‘New World’ and the ‘Old World’, terms dating from the age of the great journeys of discovery. The New World refers primarily to the American continent. The Old World to Europe, North Africa and Asia. Each of the two sections comprises 20 Arboretum Groups, with 40 groups in total. An Arboretum group covers an area ranging from a few dozen acres to several hectares, in which the tree species of a particular region can be found, either in clusters or mixed individually. Some groups are subdivided into subgroups; for example, in a mountainous area in which tree communities can be distinguished by altitude.

The regions represented in the arboretum are mostly located in the temperate climate zone, which in Europe stretches from Scandinavia to the Alps. The more northerly, colder zone of the boreal forests is also represented in Group 11 (Northern Canada) and Group 34 (Northern Russia). Various Mediterranean regions are also represented in the arboretum, primarily with mountainous tree species that can adapt and thrive here in Tervuren. All arboretum groups are located in the northern hemisphere, except for Group 10, which contains tree species from the Andes Mountains in Central Chile.

The collection of the Arboretum of Tervuren contains about 700 tree species and more than 30,000 trees. Not all individual trees are included in the catalogue. Clusters of similar trees, i.e. trees of the same species and origin and planted at the same time, are included in the catalogue as ‘series’. A series can contain three to a hundred trees and is represented on the arboretum map by a polygon. Individual trees that do not fit into a series are represented by a dot.

Species lists of the entire collection, of the 2 departments and of the 40 Arboretum groups are offered for download on the relevant pages of this site.  These pages also provide access to the detailed interactive map, on which all series and individual trees are positioned. 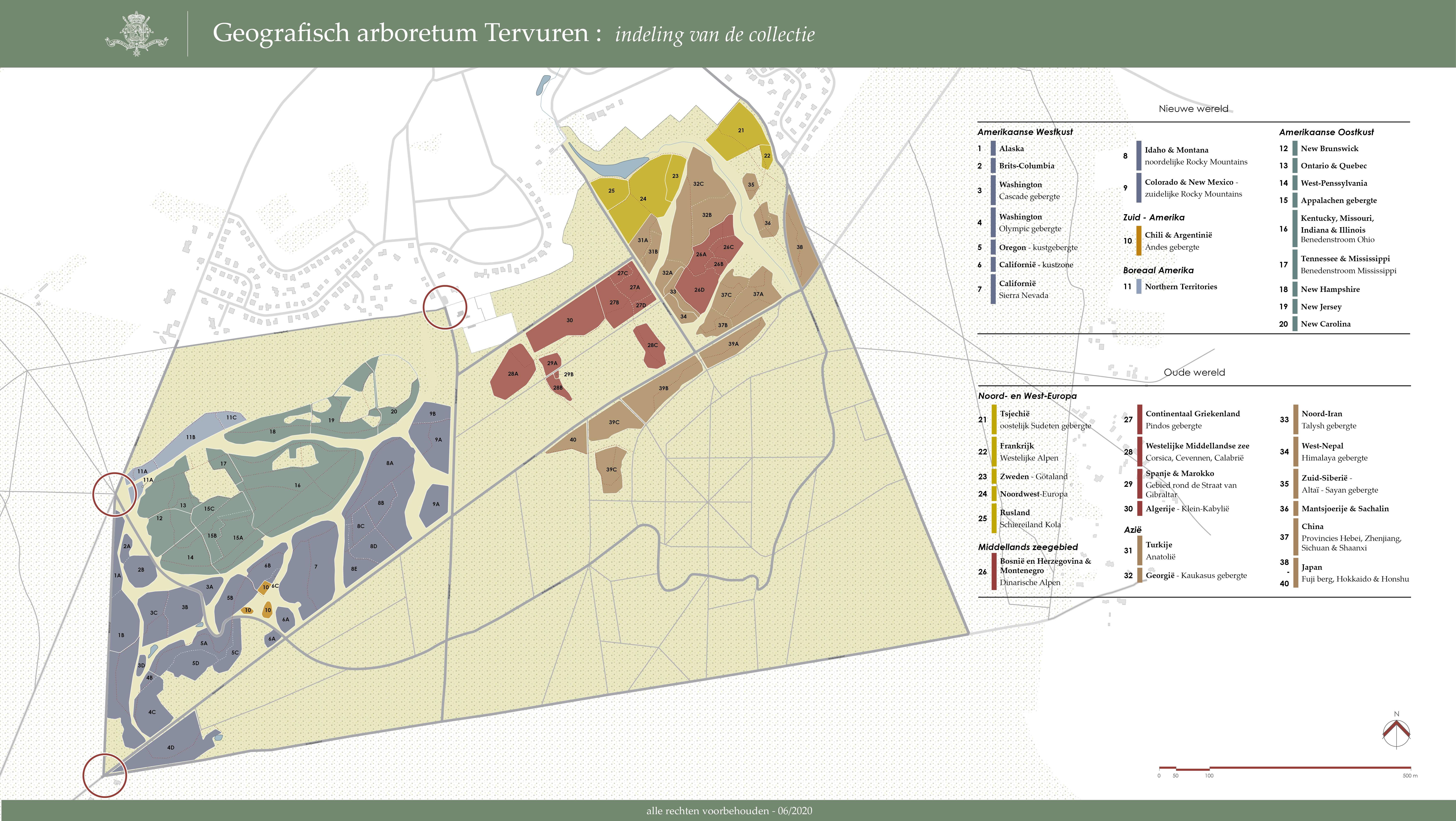