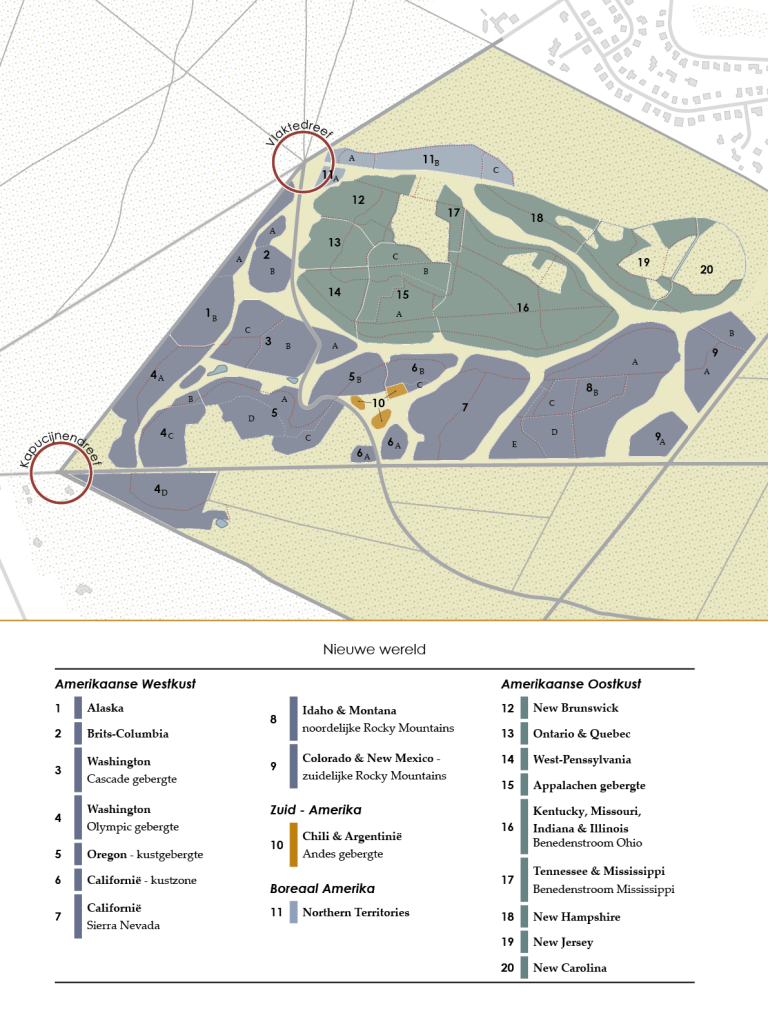 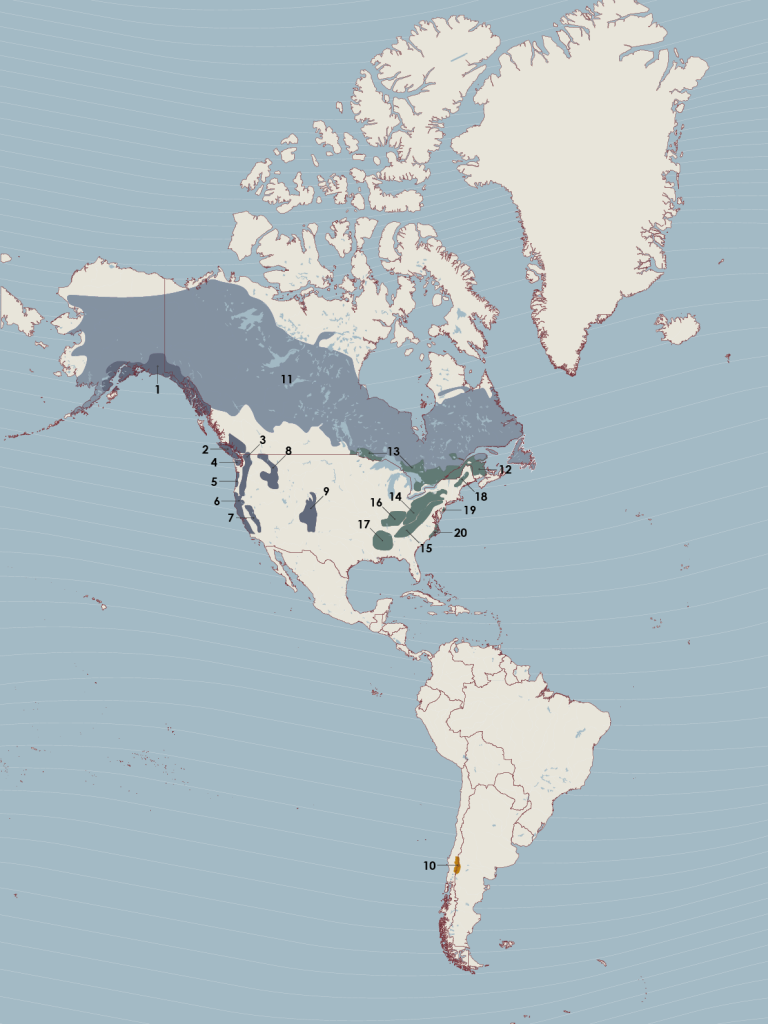 The New World section of the arboretum covers almost the entire territory of North America, with the exception of the tundra in the far north and the subtropical areas in the south. With a slight shift, the New World survey map can also identify North America with the boreal zone of Canada in the north, the forest regions of the Pacific basin in the west, and those of the Atlantic basin in the east. The tree-species ranges of the west and the east, separated by the immense, almost treeless prairies, are also quite different. The forests in the west consist mainly of conifers. In the east of North America, we find many more species-rich deciduous forests.

Groups 1 to 7 represent the Pacific coastal zone, from South-Alaska to California; Groups 8 and 9 the Rocky Mountains. Group 11 reflects the Canadian taiga, followed by the zones of the Saint Lawrence River and the Great Lakes in Groups 12 and 13. The Appalachian Mountains and regions to the west up to the Mississippi are represented in Groups 14 to 17. Groups 18 to 20 represent the Atlantic coastal zone. Group 10 in the middle is an exceptional group, showcasing an Andean mountain zone in South America. In a few places between the Arboretum groups we still encounter enclaves of mixed pedunculate oak forest, the forest that was planted here from the 1870s onwards before the arboretum was established.